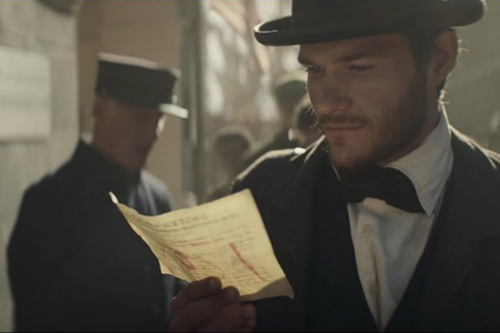 Unless you’ve been living under a rock somewhere, every single person in America knows that this past Sunday was the biggest sporting event of the year.

This year’s Super Bowl was a whirlwind of action and emotion as the New England Patriots made a historic comeback against the Atlanta Falcons and won the game 31 to 28 in the first-ever Super Bowl overtime, and Lady Gaga performed an incredibly stunning halftime show, fit with sequins and hundreds of drones.

But football and entertainment notwithstanding, Sunday was also the biggest day of the year for American Advertising. With upwards of 100 million people tuning in, the Super Bowl is a big opportunity to engage with viewers that advertisers just can’t afford to miss–and they’re willing to pay top-dollar for the privilege to be a part of it.

The Super Bowl commercial competition is really a game within a game, and it’s definitely a risky one. If a company swings and misses, it could potentially be a financial nightmare.

With so many impressions on the line, the competition to be the best runs hot. Companies just can’t afford for their ad to flop or get lost in the shuffle, meaning that ads often require pop song soundtracks, big special effects and celebrity appearances to get the attention of the audience. Advertisers pull out all the stops and give it everything they’ve got hoping to stand out and really make a bang.

In an increasingly digital and social media driven world, it’s very difficult to get consumers to engage, even during an event as big as the Super Bowl. Unless it’s a big-name brand like Budweiser or Coca-Cola, it’s hard to break through the noise and really make an impact.

So how did the ads stack up this year? Who is the best of the best, who flopped and what does all of this mean for advertising for future Super Bowls?

These spots were the most shared and talked about on social media during and after the game.

This is the fourth time in five years that the Budweiser Super Bowl ad came in first place on the list of most shared. Not only was it the most viewed Super Bowl ad on YouTube, it earned 435,892 shares on Facebook–nearly twice as many as the next most shared ad.

The second most shared ad of the year, with hilarious and well-timed comedy, took a more light-hearted approach and definitely won over the audience. The spot generated 226,767 shares.

With over 100,000 shares, this spot sparked a conversation and left viewers feeling hopeful, especially after co-founder, Brian Chesky, took to Twitter after the ad aired saying that Air BnB will “seek to provide short term housing over the next five years for 100,000 people in need.”

Other ads that caught our attention:

Although the intent and the message of this ad were definitely inspired, the execution was simply lacking. Fox and the NFL rejected the entire spot, aiming to avoid politics and believing the commercial to be too controversial. So 84 Lumber chose to edit the spot and run and shortened version that directed viewers to the website Journey84.com to see the resolution of the story. However, the website crashed shortly after the spot aired.

Yellowtail aired an ordinary everyday ad that would have been just as well received on an average Tuesday night as it was during the big game.

The honorable mention for the most anticipated ad was Netflix, with their first ever participation in the Super Bowl ad frenzy. Entertainment networks alluded to the drop of a new trailer with a still image on Friday afternoon before the big game. During the game, Netflix aired a gripping and visually striking 30-second trailer for the second season of the hit series Stranger Things.

The Future of Super Bowl Advertising

As with everything in the world of advertising, things are constantly changing, evolving and growing. However, based on trends from this year and other previous years, we can make a few predictions about what the future holds for Super Bowl advertising.

On a day as big as the Super Bowl with millions of opportunities to make an impression, in years to come, the tone and message of a lot of advertising during the big game will continue to lean more towards making statements than selling a products.

This year, hashtags were only used in 30% of ads, down fifteen percent from last year. For the first time, more ads chose to incorporate URLs.

Currently, a 30-second advertisement costs an average of $166,666 per second. It’s no wonder, then, that more and more companies each year are choosing to release commercials through YouTube and Facebook prior to the big game in an attempt to get the most bang for their buck.

Regardless of how you felt about the game or about the ads, the Super Bowl is the perfect time to take a step back and think about how you’re using marketing and advertising to reach your target audience. You may not be able to make a bang as big as Budweiser or Coca-Cola, but if you want to grow your business and reach out to your customers, we can help! Ready to get started with a customized marketing strategy designed to fit your specific needs? Contact the experts at Splash Omnimedia today!

Use This Social Media Hack to keep Customers Happy

Print Advertising – Are promotional brochures a waste of paper?