Home | Blog | SC Strong: A Story of Devastation and Hope

SC Strong: A Story of Devastation and Hope 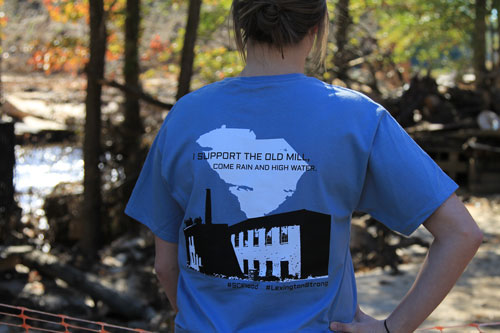 This week marks one year since the 1,000-year flood, when torrential downpours fell on Columbia, causing deep waters to wreak havoc on the state. Hundreds of South Carolinians lost their homes and all of their possessions, and several people even lost their lives.

A week of steady rain caused by a slow moving Hurricane Joaquin left all of South Carolina covered in dangerous waters. Accumulations in some areas reached nearly 25 inches. The catastrophic flooding went down in history books as one of the most prolific rainfall events in all of modern US history.

Over the span of a week, there were nineteen confirmed deaths caused directly by flood waters. Houses and buildings were left demolished and devastated. Roads were dismantled. Bridges were ruined. Dams were capsized. Nearly 30,000 SC residents were left without power. Thousands of people were evacuated from their homes and many people lost everything when their cars and houses were swallowed in flood waters.

Highway patrol reported over 500 traffic accidents and over 600 road closures due to flooding in a matter of just a few days. The US Coast Guard was deployed to help with home rescues. Eight swift-water and eleven aircraft teams, along with 600 National Guardsmen were deployed to assist with evacuations and rescues. The head of the National Guard said the economic loss for the state would total nearly $10 billion. The cost of road repairs alone is estimated at more than $130 million.

Like a lot of homes and business in the Lexington area, Lexington Old Mill was hit hard. The dam breached and water rushed into many businesses, especially affecting those on the first floor. The Old Mill Brew Pub, The Creekside Restaurant, Freeway Music, the Watershed Fellowship and Rainy Day Books were just a few of the business at the Old Mill that experienced profound damages and losses. The Brew Pub experienced significant structural damages and the roof of the back patio was in danger of collapsing. At Freeway Music, more than three inches of water demolished flooring and baseboards. Creekside Restaurant was under more than two feet of water during the worst part of the storm, Rainy Day Books lost hundreds of books and Watershed Fellowship was completely flooded.

Many other businesses in the Old Mill were severely impacted as well and some even lost everything. However, despite the weight of the losses, what matters most is that the community came together to help each other in a very big way. Pastor Kevin Thumpston of the Watershed Fellowship said on Facebook that more than 200 volunteers, some from as far away as Hilton Head, came together to vacuum, clean up water and rip out walls and carpeting. Even though the flood waters were a force to be reckoned with, the strength and hope of the Old Mill community proved stronger.

As we look back on the flood of last year, the damage and destruction caused by rain and flood waters is still evident. In many areas where flooding was severe, rebuilding is still underway. Here at the Old Mill, for example, restoring the dam and repairing all of the damages will continue to be an ongoing process for many months to come. For many families who lost everything, the process of rebuilding their homes and lives continues to be a struggle.

But, through the chaos and disarray, what should stand out the most is the strength and the hope of the people of South Carolina. Despite all of the destruction, loss and devastation, something miraculous happened. Communities and neighbors came together to help one another, and we proved ourselves to be #SCStrong.

During this desperate time, we saw the people of South Carolina come together to help one another. We saw neighbors helping neighbors and strangers helping strangers. Stories of hope, kindness and selflessness showed South Carolinians going out of their way to lighten the burden of these tragic events for their friends, families and neighbors. Kind strangers went into neighborhoods in speedboats and canoes to rescue neighbors trapped in their homes by flood waters.

Neighboring states, including North Carolina, Georgia and Tennessee also came to our aid by sending volunteers and supplies. At Splash, we watched as clients like HVAC, roofing and rebuilding companies came to the aid of those in need and provided their services at a discounted rate, or sometimes even free of charge.

Through this tragedy, we learned about our own strength and that our hope could not be drowned. We came together as a community to help each other. We are SC Strong, and that is definitely something worth celebrating. 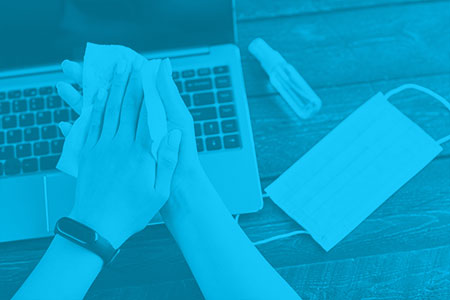